Born in Montreal, Lyse Charland Favretti graduated from the École des Beaux-Arts in 1969 and from UQAM (arts plastiques) in 1972. In 1981, she set up a workshop for the design, creation and integration of stained glass works, murals and glass sculptures: PRODUCTION VERRE.

Lyse Charland Favretti has been selected 18 times to participate in the development of glass models as part of the implementation of the Policy for the Integration of Arts in Architecture (1% Projects) of the Ministry of Culture and Communications. Her projects were chosen for realization nine times.

Chosen by the visual arts specialist responsible for projects in Inuit and Aboriginal communities, she created multiple glass skylights and glass murals from 1999 to 2014 based on drawings by those artists selected in the 1% competition. These works are installed in nearly twenty public buildings in Northern Quebec.

From 1976 to 2020, Lyse Charland Favretti designed, realized and produced more than 60 glass skylights or murals integrated into private residential interiors.

To date, Lyse Charland Favretti has participated in more than twenty group exhibitions: 4 solo exhibitions have been devoted to her glass, sculptures, drawings and watercolours. She is currently preparing a retrospective exhibition, that will take place at the MUMAQ “Musée des Métiers d’art du Québec” from October 7th 2022 to January 8th 2023. 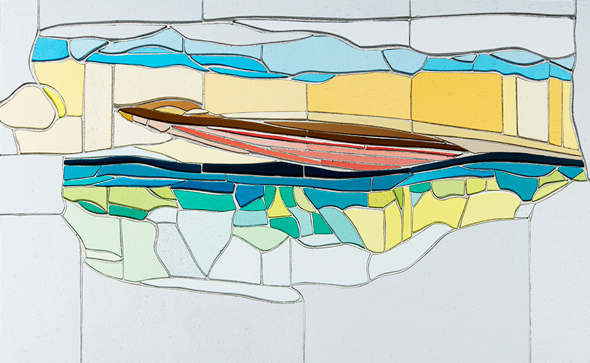 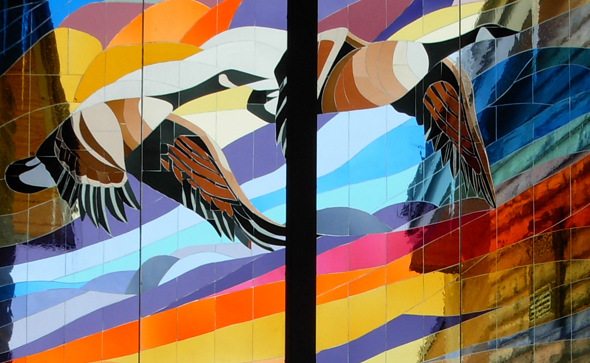